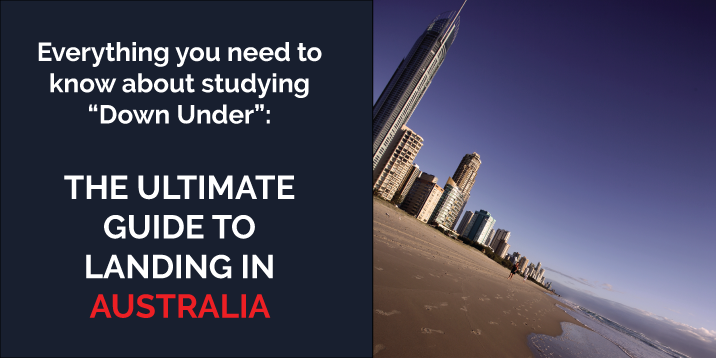 What To Do When You Fail


They’re all wildly famous, successful people who created a massive impact in art, technology and entertainment, surely some of the most influential people in modern history. Their success brought them fame and money, making them a household name all over the world. It’s easy to think of them as they are now without considering their history.


But aside from success, they all have one thing in common: they failed and failed throughout their lives, even after becoming a success.


J.K. Rowling wrote Harry Potter while nearly homeless and unemployed. The Beatles were rejected by numerous record labels after spending three years playing hundreds of shows at small pubs. Oprah Winfrey was fired from her second job in journalism after only 7 months. Elon Musk was living off of personal loans from friends in 2009 after running out of money. Steve Jobs dropped out of university and was fired from Apple, a company he helped create.


Not a single successful person got to where they are without experiencing failure. Unfortunately, stories of success don’t usually tell of the years of failure, struggles and rejection that it took to get a great result. It’s much easier to focus on the exciting success than it is to consider the long, tedious and painful journey it took to get there-- and recognise that failures continue to happen even after success.


It’s easy to look at failure as a positive thing that leads to life lessons. It’s logical to consider failure as an opportunity to learn. But in moments of failure? It can feel overwhelming, disappointing, embarrassing,  hopeless and terrifying.


But it doesn’t have to. As author F. Scott Fitzgerald said, you can’t “confuse a single failure with a final defeat.” Knowing what to do when you fail, how to overcome it and learn from your failure is they key to not being afraid to take chances, grow and succeed.

Think about your failure

Maybe you completely ruined a project your manager was depending on. Maybe you forgot your best friend’s birthday. Perhaps you didn’t notice the change in speed limit until there was a siren and flashing lights behind your car. Maybe you made a bad choice that put you and others in danger and your friends and family are furious with you.


Whatever your failure is, it’s important to keep its scale in mind; you certainly don’t want to create more anxiety or stress than your mistake warrants, nor do you want to miss out on learning a valuable lesson from a big mistake. A good rule to keep in mind is the hour, day, week, month, year, decade rule or, in other words: how long will this failure or mistake affect me?


There’s no sense in beating yourself up over your first speeding ticket in 5 years if you drive safely otherwise; this is a mistake that will cost you money, but won’t affect you much in a couple weeks.


If this is your fifth speeding ticket this week and you’re going to lose your license, spend thousands in legal fees and have to walk work, that’s a series of mistakes and a habit that could have effects for a year or more.


See the difference? In the first example, it’s a one-time mistake you probably won’t make again. In the second example, your mistakes requires serious attention and a change-- quickly.


By understanding the scale of your mistakes you can determine the appropriate and effective response. You certainly don’t want to to spend a lifetime beating yourself up over small mistakes, nor do you want to continue making the same mistakes over and over-- especially when they have major consequences.

If you’re not sure why you made a mistake once, twice or forty times, it’s worth spending time asking yourself what went into the mistake. Why did I make this mistake (again)?


When you forgot your best friend’s birthday, why didn’t you remember? Had you written it on your calendar? Were you simply busy all day and forgot to give them a call?


When you were caught speeding, why didn’t you notice the change in speed limit? Were you up late the night before and a little tired? Were you playing with the radio? Or, perhaps, had the speed limit changed since the last time you drove past-- and you were driving the speed out of habit?


Failure and mistakes always have a why. Sometimes they’re our fault completely, while others were quite outside of our control-- and others might be a combination of our fault and uncontrollable forces.


If you find that mistakes or failure are either always your fault or always not your fault, dive deeper. You may be too hard on yourself, or you may be failing to assume responsibility for your own future by blaming everyone and everything else.


As Henry Ford said, “The only real mistake is the one from which we learn nothing.”


Protect your future by asking “how”

Preventing future failures is the best part of experiencing a failure. Instead of asking why it happened, now it’s time to ask how it could’ve been prevented-- and how to prevent it from happening in the future.


And if your mistakes created some pain or trouble for others, this is the perfect time to make an apology-- and even ask how you can repair the damage.


Maybe you’ve recognised a habit you have that leads to the same mistakes or you’ve noticed a common trend in all of your failures when asking “why”.


Think back to the failure. If you had set two calendar reminders throughout your busy day to remind you of your best friend’s birthday, would you have had enough notice to act and call? Had you really paid attention to the road and gotten enough sleep the night before, would you have seen the police officer waiting just a little ways down the road?


As Richard Branson said, “Do not be embarrassed by your failures, learn from them and start again.”


Look to the future. How are you going to prevent this mistake-- and others that share a common theme-- from happening again?


It’s all about creating good habits, whether that’s staying organised, being disciplined in your diet or making sure you’ve checked every detail of an important project you’re leading.


Malcolm Forbes once said, “Failure is success if we learn from it.”


Learn from your failures, prevent them from becoming habits and, when you do make a mistake, be quick to apologise and figure out how to stop it from happening again.

For the bigger failures

Sometimes failure isn’t fixed so quickly and it takes years to deal with the consequences-- or just get through to a better time.


It’s still important to understand the scale of the failure, why it occurred and how to prevent it from happening. But if this failure is long-term or has lasting effects that can’t be fixed by simply saying sorry or changing a small habit, it’s still entirely possible to make a change for the better.


Don’t label yourself as a failure; you’re someone who has failed, as have many. Failure, like success, is temporary.


It can be helpful to study the failure of others. Elon Musk, The Beatles and Oprah are all famous failures, but there are many, many more. Some of them failed in unimaginably awful ways and others failed and failed until reaching middle or old age. The important part is that they persevered through failure, learned from their mistakes and continued on to success, overcoming great odds.


Looking at the influences in your life is another way to help overcome a failure.


Is the media you’re consuming inspiring you to improve-- or stay complacent or even accept failure? Are the people you spend time with committed to seeing you succeed and do better-- or do they keep you from fixing your mistakes and growing? Do you spend your free time watching Netflix and waiting on someone else to make changes that will fix your life-- or are you actively seeking out ways to get better and grow?


Find a song or playlist that makes you feel hopeful and inspired. Surround yourself with people who are committed to their own success and influence you to do the same. Use every resource you have to grow and use your free time to learn and develop. Get a mentor. Watch motivational videos on YouTube. Ready about self-improvement. Set goals. Print out a quote that inspires you.

Making the first decisions toward a better life may be the hardest but most important steps in changing your future for the better.


Whether you need guidance on where to take your career and identify your strengths and weaknesses or it’s time to get the skills and knowledge necessary to head in a better direction, there’s no time today to take the first steps in improving the future for yourself and those around you.


As Pele, football legend once said: “Success is no accident. It is hard work, perseverance, learning, studying, sacrifice and most of all, love of what you are doing or learning to do.”

Posted in Career, School Leavers
←How to Climb The Career Ladder
How Much Does It Actually Cost To Study In Australia?→ 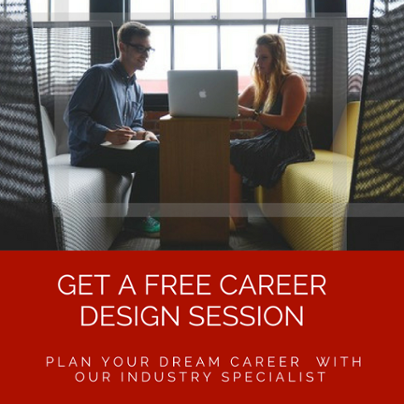